We look at five charts summarising key developments in the renewable power sector in 2020.

Gujarat’s 500 MW solar auction led to a new record low tariff of INR 1.99/ kWh. The new record came on the heels of previous record of INR 2.00/ kWh discovered just one month earlier in SECI’s Rajasthan 1,070 MW solar auction. The lowest solar tariff has dipped by 54% over last five years and by 18% in the last year. 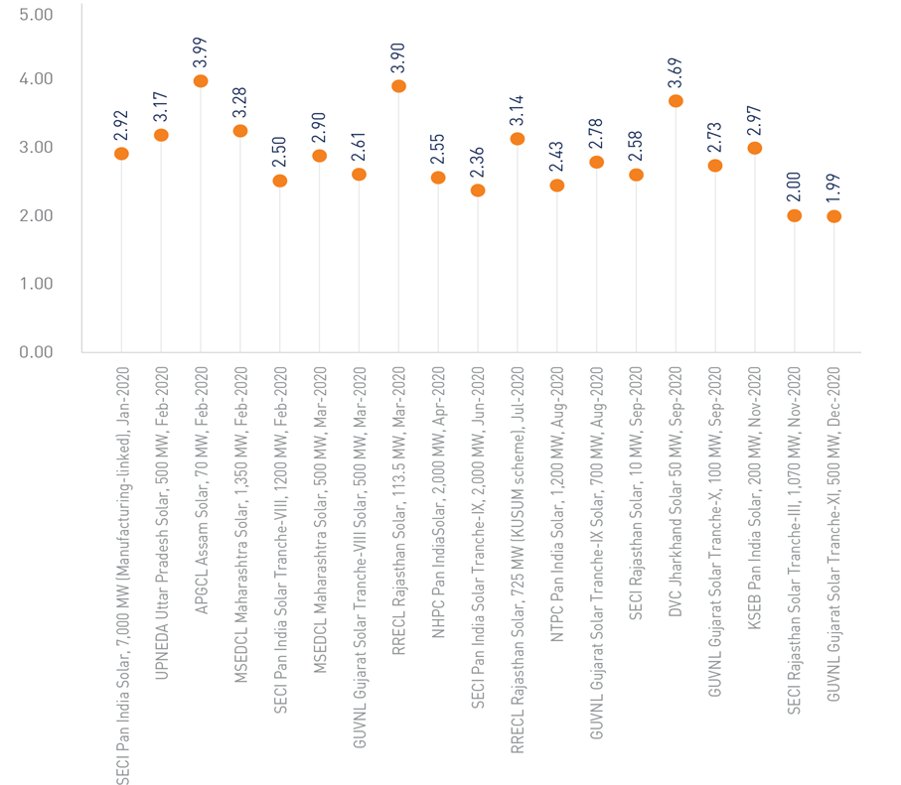 Note: Auctions for solar-wind hybrid and other hybrid projects are excluded in this chart.

Mixed trend in tenders and auctions

A total of 19 tenders aggregating 32.8 GW capacity were issued in the year, down 20% over 2019. Capacity allocated increased to 27.3 GW, up 39% over previous year mainly due to the 12 GW capacity allocated under SECI’s mega manufacturing linked solar tender. However, up to 18 GW of this capacity remains uncontracted with DISCOMs.

Prices of solar modules fell as COVID-19 initially hit project construction but spiked up in the second half of 2020 due to supply chain disruptions in China and spurt in international demand.

Power demand was unsurprisingly subdued during the year. Total power generation reached 1,308 billion kWh, a 6% dip over 2019. But generation from renewable power sources, excluding large hydro, was up nearly 14% y-o-y thanks to the must-run status of the sector. 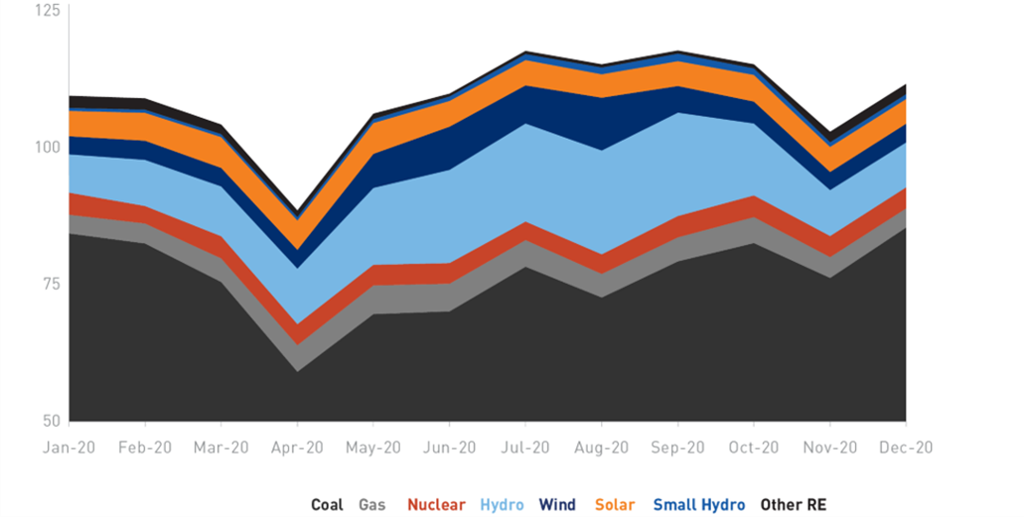 By November 2020, the latest available data, outstanding payments of DISCOMs had touched a record high of INR 1.3 trillion (USD 17.7 billion) as per the government’s PRAAPTI portal. The rise came despite disbursement of INR 300 billion (USD 4.1 billion) debt funding under the central government’s liquidity package to clear IPP dues.

Note: PRAAPTI portal data is incomplete as it relies on voluntary data submisison by IPPs. Actual outstanding payments are believed to be much higher as seen in the PFC’s report on performance of state power utilities.

For new subscriber access, please
write to us at market.research@bridgetoindia.com