The discussion started with overall performance of solar projects. While most panellists agreed that projects are largely delivering satisfactory operational performance with power output ranging between P60-P90 profiles, Mr Trivedi from TUV SUD outlined that several projects continue to suffer from poor performance due to poor equipment selection and installation quality. It is also observed that high variation in solar radiation and adverse weather events such as cyclones and heavy rainfall have been posing a significant challenge in recent times. Mr. Pathak emphasised that operational performance is largely dependent upon design, engineering and selection of components at the construction stage.

On role of third-party contractors – market share is up from nominal levels five years back to about 40% – Mr. Jaggi believes that project developers have started seeing value in specialised services provided by O&M contractors. In contrast to the traditional self-O&M model, which continues to be followed by most large Indian developers, third party O&M has a higher cost particularly because of the extra GST component (18%). He also mentioned that there is still an issue of lack of trust from developers in third-party O&M contractors and a need to realign contractual structures to incentivise operators. As an example, he suggested that if the operator is able to improve PLF by 2-3%, part of this should be shared with it for a win-win proposition for both parties. 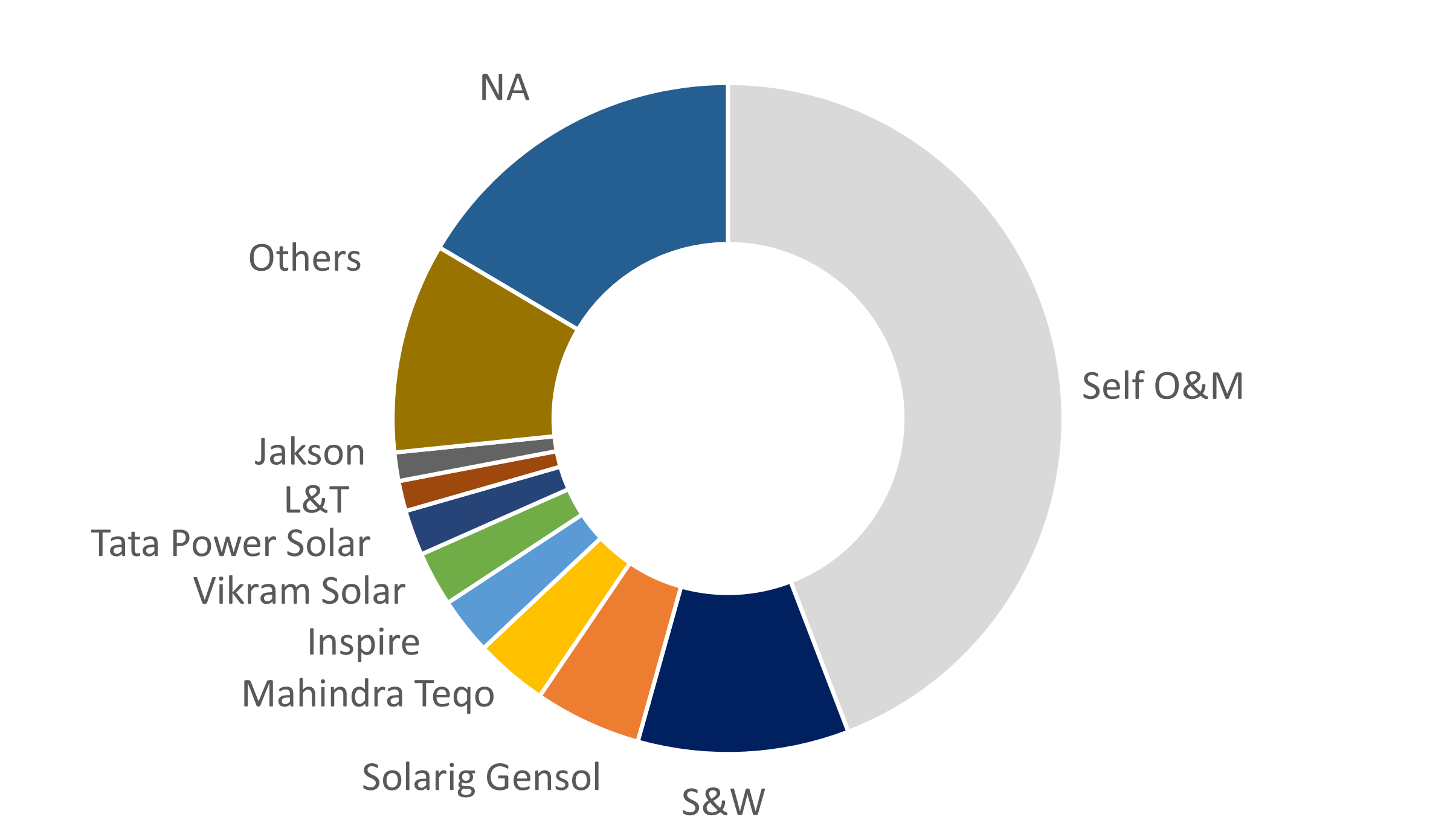 On the cost front, Mr. Patil stated that most of the cost reduction owes to increase in average project size to 300 MW or more as against 10-120 MW five years ago. O&M service fee have fallen steeply from INR 450,000/ MWp to INR 160,000/ MWp in the last five years. The panellists agreed that with use of new technologies, there was still scope for cost to come down marginally.

All panellists were very enthusiastic about role of new technologies in O&M activity. Mr. Khan mentioned that introduction of string inverters in large scale projects has significantly reduced time required for troubleshooting and done away with need for spare parts as string inverters can be replaced easily within a few hours. Mr. Sharma talked about the immense focus on robotic cleaning systems to maximise power output. There was long discussion on the pivotal role of data analysis, IOT, automation and digitisation to minimise risks and identify faults at an early stage.

Finally, in response to a question from the audience, Mr Patil noted that asset management service model is still at a very nascent stage in India. As more international developers enter the Indian market, this model may gradually pickup in future.

For new subscriber access, please
write to us at market.research@bridgetoindia.com